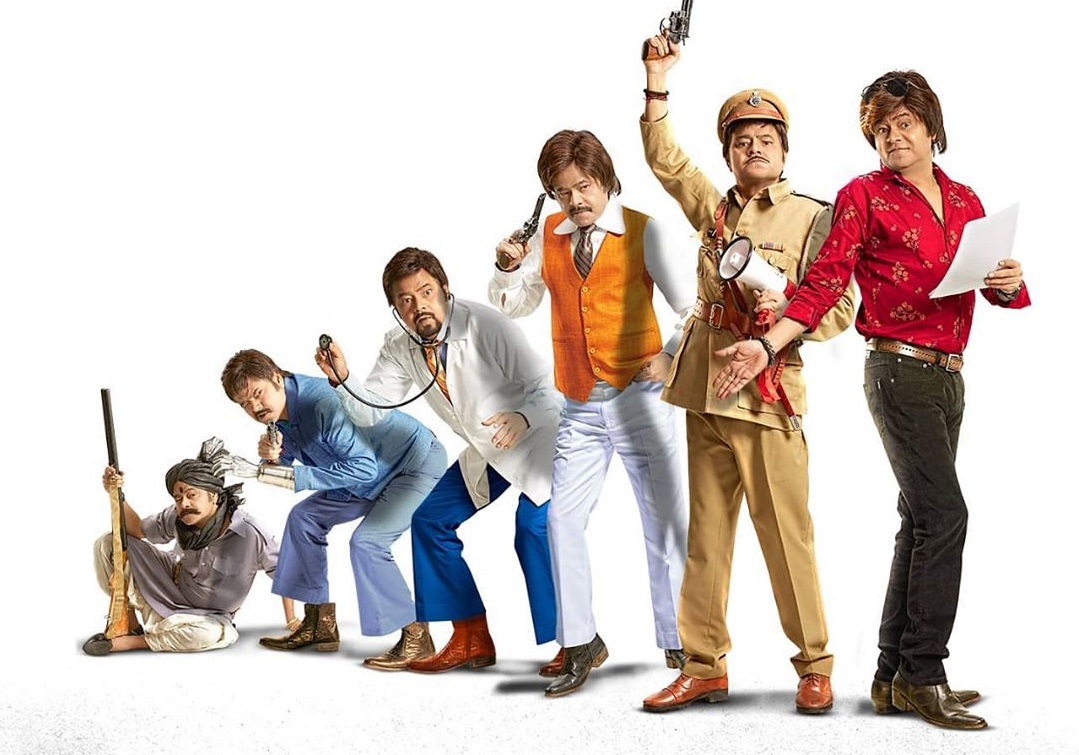 The cast of the film includes Starring Sanjay Mishra and Deepak Dobriyal in the lead roles. The movie revolves around the story of a washed-up “side-actor” of Hindi movies, who is eager for making a comeback with a memorable role so that he can complete a top score figure of acting in total 500 films.

The story the film “Kaamyaab” revolves around the journey of Sudheer, who is a washed upside actor from the glory days of Bollywood. After many years of his retirement, he soon realizes that he ‘retired’ on the edge of achieving a unique record. He then chooses to come out of his retirement in order to complete the round figure of 500 movies and get that one considerable role for which he is going to be remembered forever in this film industry.

The movie Kaamyaab also features veteran actor Sanjay Mishra who himself has played typical side roles in a lot of Hindi movies as well as with this film he gets a titular role which he has never worked before.

Overall, we can definitely say that Kaamyaab is a perfect tribute that any movie can give to all the character actors. The movie not only showcases these character actors’ struggles from the 70s and 80s but also about their hardship and efforts nowadays as well. They don’t have big apartments or fancy houses and they live a simple life as well. In addition to that, the movie also emphasizes how the senior character actors are nowadays treated by the filmmakers as well as the superstars.

A big round of applause to Hardik Mehta for writing a superb script as well as for narrating it very perfectly. In the movie, you will find some funny scenes as well as some sequences that will make bring tears in your eyes.

Coming to the performance of actors, Sanjay Mishra as Sudheer made a full justification of his character. You will really feel the connection with the character of Sudheer for the reason that Mishra himself is a character actor and was the perfect casting for this role. As a result, it was easy for him as well as for us to really feel the story and the character presented by him.

Isha Talwar and Sarika Singh were also amazing in their part. Deepak Dobriyal, on the other hand, has also left a mark with his amazing performance as the casting director. There are a number of famous character actors such as Lilliput, Avtar Gill, Guddi Maruti, Birbal, among many others who have done a cameo in the movie, and it indeed feels good to see them all working together on the big screen.

Naman Dhyanihttps://esxnews.com/
Naman is a dedicated writer who is always ready to take new challenges to enhance his quality of work and efficiency. He loves to explore things until he reaches the source. He believes that his fingers are destined for the keyboard and his heart solely for the readers.

Mission: Impossible 7- What to expect from its seventh installment? Find out its Release Date, Cast & Plot

Mission Impossible never disappointed us with its every release and just because of its consistent great presentation, this movie produced 6 sequels and also...
Read more
Entertainment

Black Panther 2: When to Expect This Sequel? Here’s the Date, Cast, Plot, Among Major Details

Black Panther 2: Marvel once again won our hearts after releasing Black Panther back in the year 2018. This 18th film in the Marvel...
Read more
Entertainment

Dark season 3 Release Date: What to expect in third installment of the Series? Date, Cast, Plot and Latest Updates is Here

Want to Overcome Yo-Yo Dieting? Follow These Guidelines To Keep the Weight off for Good

Yo-yo dieting which is also popularly known as weight cycling, which is basically the pattern of losing as well as regaining weight over and...
Read more

The highly awaited, Infinix Note 7 and Note 7 Lite have been listed already listed for its upcoming launch on the official website. As...
Read more

Want to Overcome Yo-Yo Dieting? Follow These Guidelines To Keep the...

When is Easter 2020? Know the Dates, History, Significance of the...

Ramayan Comeback On Doordarshan; Here’s the list of Actors Who Played...

ABOUT US
EsXNews.com, the pioneer of news sources in India operates under the philosophy of keeping its readers informed. EsXNews.com tells the story of India and it offers fresh, compelling content that’s useful and informative for its readers.
Contact us: esxnews24@gmail.com
FOLLOW US
© Copyright 2020 EsX News LLP. All Rights Reserved.
wpDiscuz
0
0
Would love your thoughts, please comment.x
()
x
| Reply
MORE STORIES

Want to Overcome Yo-Yo Dieting? Follow These Guidelines To Keep the...

Learn How to Scan Barcodes or QR Codes on an Android...

Redmi Note 9 Launch Date Confirmed; Here’s Everything You Need To...

Important Things You Need To Know About Home Loans Before Applying...